Last year Monk was drafted by Charlotte with the #11 overall pick. He had a disappointing rookie season averaging just 13.6 minutes and 6.7 points per game. Monk was hampered by nagging injuries throughout 2017-2018. His FG% was an issue at 36%.

Many dynasty league owners were left frustrated and carelessly traded him away for future draft picks and even dropped him in a few leagues. This is not a recipe for success ladies and gentlemen. Before this season started Monk’s ADP ranked close to the 300’s and I had him pegged around 150 before the season started. He could be available in some redraft Leagues. If he is, minimize this article now and see if he’s available in your League. 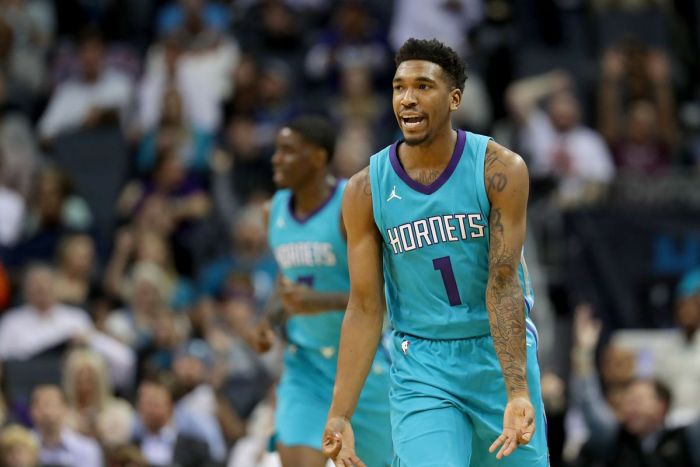 The rumor mill on Kemba Walker being traded is always present and if there is any truth behind it, that could potentially bode well for Monk’s fantasy outlook. Some are believers of Jeremy Lamb chop underwear, but I’m not. Depending on how he can perform defensively, I believe it’s only a matter of time before Monk joins the starting lineup in Charlotte. Even if he doesn’t, a 6th man role will be just fine also.

He has the chance to be a great scoring guard in the league and his athleticism provides the potential for getting to the free throw line more, as well as generating some defensive stats. There is virtually no way he doesn’t improve on last years numbers. This year he will carve out at least 25+ mins and bring other counting stats along with him.

This year he will carve out at least 25+ mins and bring other counting stats along with him.

Injuries struck again in Summer League, where it looked like he was going to really shine, before a fractured thumb out a halt to that. Later in preseason he showed more positive signs, averaging 4.75 assists, which may point to an increased role in playmaking, especially when Kemba is resting. He also managed 1.25 steals and shot 43.5% on 3’s. All of this was very encouraging to see.

The first game of the 2018-19 season Monk played 33 minutes, stockpiling 18 points, 4 Rebounds, 2 assists, 2 Blocks, 1 Steal, and 4 3pointers. He didn’t shoot particularly well (7-16), but if you roster Monk, you knew this was part of the package deal. I know its only 1 game, but his upside will only help him to get the playing time he deserves. Also, he closed the game out with Kemba, while Lamb chop sat on the bench. Give me shares of Mr. Monk.

Podcast Host of the Fantasy Unicorns, Founder and Host of Fantasy Baseball Diamonds Podcast, and Contributor of FantasyPros. Famous for giving rides, best commissioner, top-notch instincts, owner of some of the most stacked dynasty teams of all time. 9 years of fantasy Basketball, Football, and Baseball experience. (Triple crown winner) winning all leagues multiple times. Consistently in church walking the best way through him above. I enjoy giving coaches a ride through trades. Ask any of us for guidance and we’ll help you earn the gold. View all posts by Starks